6 Best Handwriting To Text App For Android And iOS 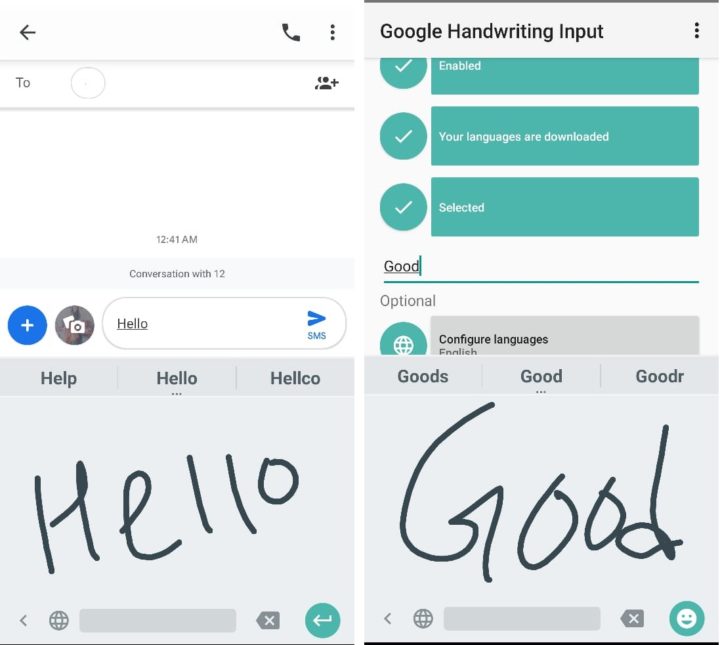 Do you have a handwritten note and want to convert it in digital text format, then these handwriting to text app will help you.

If you have the handwritten text and want to form a digital text format then the ways to do it like type it through a keyboard, or outsource it to someone who can transcribe it. The transcription cost is often high and if you have a bunch of files then the whole cost will be skyrocket. To avoid this, you can use handwriting to text apps that can help you in it.

In this way, you can save time and be more productive. Most of these apps use AI to recognize the handwritten text and convert them into digital texts.

Here is a list of best handwriting to text apps for Android and iOS.

Google Handwriting Input is also a nice app that can take handwriting as an input and convert them into digital text. It supports cursive writing with or without a stylus.

In addition to that, it supports thousands of emojis to express your emotions. You can draw an emoji on the screen and it covert to a digital emoji.

Google Handwriting Input app has 10 million plus downloads and 4.3 ratings on Play Store. It is available for free.

Pen to Print is one of the most famous handwriting to text app. This app scans handwritten notes and converts them into digital text. You can also modify the digital text that is converted from the handwritten text and the search feature is also very helpful. After that, you can store the text in any digital storage and use it as a digital document.

Pen to Print is an OCR (Optical character recognition) based app that extracts handwritten texts from paper documents through scanning and turns it into digital editable text. Unlike other OCR scanner apps available, it is specially designed specifically for recognizing handwriting.

Pen to the Print app has 100 thousand plus downloads and 4.2 ratings in Play Store. It is available for free as well as the paid version. The paid version includes some additional feature but the free version is good to go. 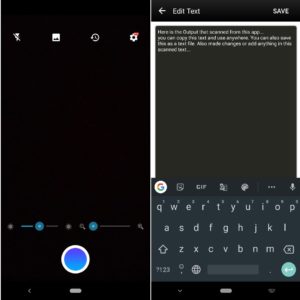 Text Scanner is one of the most accurate OCR app available right now. The app supports 50 languages and all kind of handwriting.

When you scan an image it automatically detects URLs and phone numbers and highlights it. This also gears to scan a handwriting memo. After scanning and it converts them into digital text and then you can copy to clipboard, send an email and save to Google drive.

Text Scanner app has 1 million plus downloads and 4.6 ratings on Play Store. It is available for free with in-app purchases.

PenReader is also one of the best handwriting to text app for Android and iOS. It is a nice multilanguage app to recognize handwriting fast.

It can convert any complicate to understand handwriting to digital text with high accuracy in seconds.

Its improved OCR (Optical character recognition) engine have capabilities to read 38 different languages. And the best thing is, no additional languages to be downloaded. It has also spell check feature so that you can also edit the digital text that was converted from the handwriting text and correct them.

PenReader has a calculator which can take handwritten text as an input on the screen and calculate the result. It is best for kids for their regular simple arithmetic operations.

PenReader app has 10 thousand installs and 3.2 ratings on Play Store. It is available for free with in-app purchases. 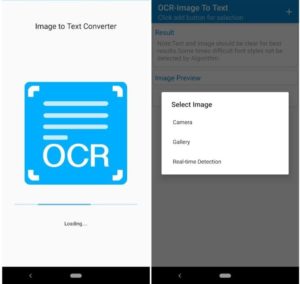 OCR Text Scanner is also very good handwriting to text app for Android. It is a good tool for recognizing texts from images but also detects handwritings.

It can recognize 30 different languages and convert them into digital text. With the help of this app, you can easily convert any paragraph of books and magazines into digital text within seconds.

OCR text Scanner app has 10 thousand plus installs and 4.7 ratings on Play Store. It is available for free.

Notability is good handwriting to text app for iOS devices. It allows you to create full paperless notes and have support for Images, GIFs, etc.

In addition to that, it supports 15 different languages. It supports multi-note that lets you work with two notes side-by-side. You can secure and lock your prepared notes through Face ID and Touch ID. Then all the documents will be automatically saved to iCloud.

This app is only available for iOS devices and costs ₹ 799.

Also, read – How to send confidential email In Gmail

MyScript Nebo is an app specially designed for iOS devices for making notes, writing and converting it into digital text.

You can decorate and apply styles and it also supports the stylus. After the creation of the document, you can export it as Word (.docx), text or HTML.

In addition to that, you can sync all of your documents to Google Drive, iCloud and Dropbox.

So, these are some of the best handwriting to text apps for Android and iOS devices. Most of the apps are free and some are paid as well. Try some apps that are listed on this list and analyze what fits according to your need and choose one. This type of apps can save time and boosts your productivity as well.

How to convert a PDF into an editable word document?